Congrats to Emily Spahn for joining The Montezuma Land Conservancy as a GOCO fellow this August! The GOCO Fellowship Program supports positions at our partner organizations to prepare young people for careers in the outdoors. GOCO fellows gain experience in the fields of conservation, outdoor recreation, and stewardship while growing a professional skill set to apply to future endeavors.

Tell us a little about yourself.

Wow, I don't even know where to start with this one! I have always had a bit of an adventurous spirit. Growing up, my parents called me Curious George because I was always exploring. Unfortunately for my parents, this was typically defined as me climbing trees, walking on the top of monkey bars, and investigating everything I could get my hands on. As I got older, this constant exploration (somewhat) seamlessly transitioned into my personal and professional life. I now spend most of my time mountain biking, climbing, and skiing in the beautiful San Juan range. Before I started at the Montezuma Land Conservancy (MLC), I was working in Child Abuse Prevention at the Four Corners Child Advocacy Center in southwest Colorado, and before that, in economic development with the US Embassy in Malawi. So, I would say that the “Curious George” moniker has really come to fruition. 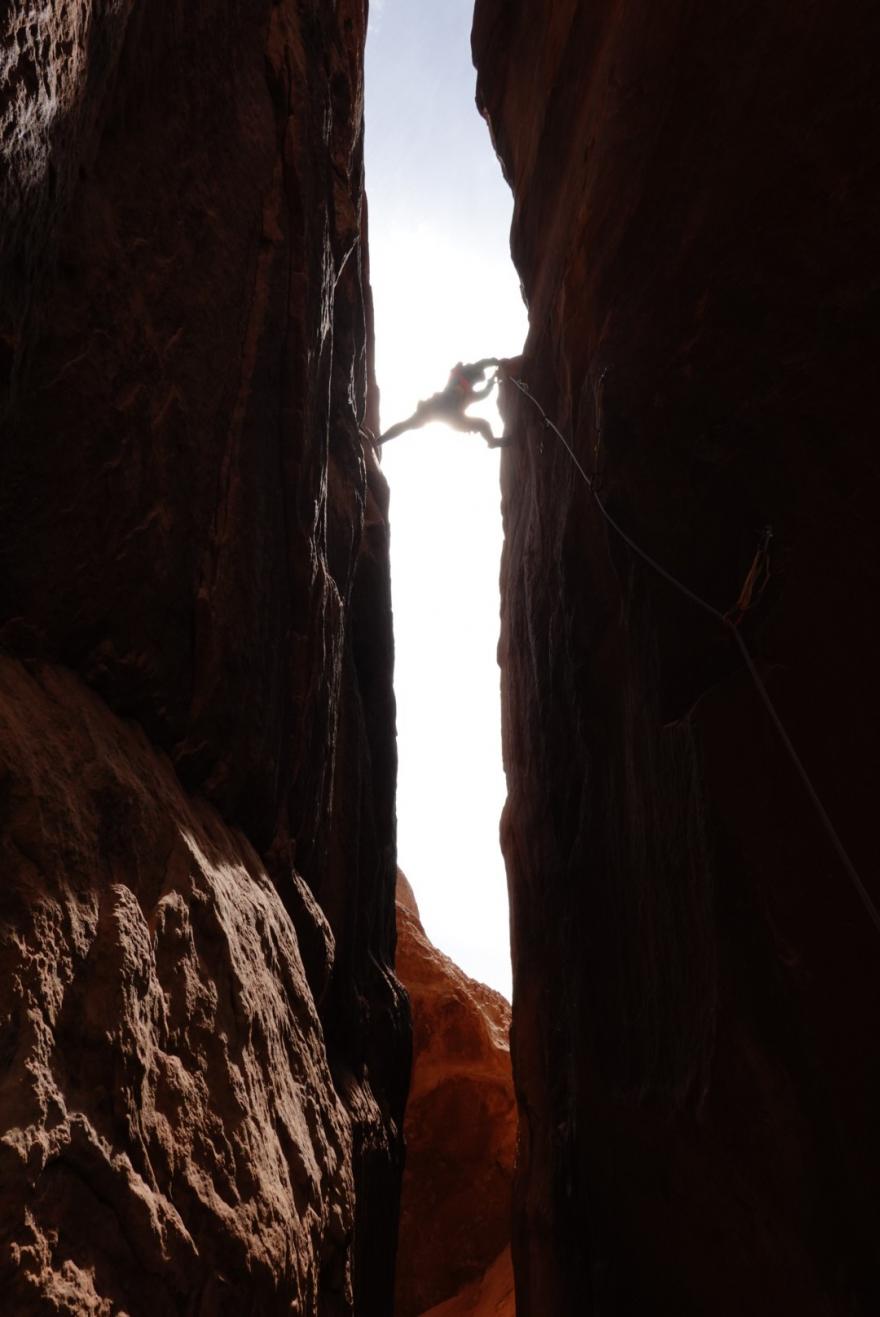 What’s been one of the best experiences of your life so far?

After looking through some old memory-joggers (pictures on my phone), I would say that one of the best experiences of my life so far was hiking the volcano Cotopaxi in Ecuador. Well, maybe the “most memorable” would be a better way to say it. The hike was more of type two fun but a great experience nonetheless. I was living in a small village at the time called Salinas de Guaranda, which is best known for its cheese, chocolate, and salt production. In order to get to Salinas, you had to ride in the back of a pickup truck for an hour up a mountain pass from the nearest town (and grocery store so I found myself eating a lot of cheese and chocolate. Poor me). This is relevant because the town was situated at 13,000 feet, which gave me a great base for acclimatizing and (semi) training.

Anyways, I ended up deciding to hike the volcano during my last week in the country. This involved me taking a five-hour bus to Quito to find a guiding company, booking a trip, and taking another bus to the foot of the volcano. Now, at this point in my life, I really didn’t have a ton of money. So, I convinced a friend of a friend to come with me, which cut the costs in half, and booked the cheapest guiding agency I could find. It turns out that this was probably not the best idea…

For a little context, Cotopaxi is 19,347 feet tall, and it is an active volcano that showed signs of activity just a couple of days before I set out. There are glaciers that you have to navigate and weather that can come in at the blink of an eye. Due to the dangerous nature of summiting, the hikes typically start at 1 a.m. because it is dangerous to be on the volcano when the temperatures start to rise. When this happens, it makes the snow less stable and increases the chances for avalanches and loose debris melting out. So, it is important that you have your gear dialed and your pace steady.

This was the first big mountain that I had made an attempt on, and to be honest, things didn’t come together as I had expected them to. This started when the guiding company left my gaiters (things that protect you from snow from coming into your boots) and the laces for my alpinist boots back at the base. So, we got creative, and I laced up the boots with packing string and hoped for the best with the snow. The first day of the hike, we went up to the refugio, or base camp, halfway up the mountain. We signed into the guest book and noticed that we were the youngest people on there, at least for the past couple of years. At this time, I was 20 and I think Simon was too, but I really didn’t know him that well. We had a delicious dinner and then tried to get some sleep. At midnight, we rolled out of bed to the sound of wind beating on the small refugio building. After choking down some breakfast and putting on our layers, we started out into the night.

There were about five other parties with us on the volcano that day. Most of them were solo, but a couple were teams of two. Everyone was guided by experienced guides because after a tragedy in 2008, the Ecuadorian government made it illegal to travel into the mountains without a guide. This was definitely a good call on our part, because as soon as we started hiking, we were in white-out conditions. As we trudged our way up the volcano, we saw group after group turn around and head back to the shelter of the refugio until it was just us and one other party. We reached the “Arista de Yanasacha,” which is about halfway to the summit, and we decided to turn around.

It turns out that this was a good plan for many reasons. Not only were the conditions dangerous, but it turns out my co-conspirator on this adventure, Simon, was struggling more than I realized. He had been living at a much lower elevation and may not have had much experience in the mountains. So, on the way down, he stumbled, fell, and had to self-arrest with his ice axe. He was exhausted. It was definitely scary and a good reminder that it’s important to practice good communication in dangerous environments.

In the end, we were able to get back to the refugio in one piece with a couple of cold fingers and toes to show for it. Although we did not reach the summit of the volcano, I had such a good time trying. It was an amazing experience because I tried hard, got to interact with a unique environment, and I learned the importance of making calm and educated decisions in high-risk situations. As cheesy as this sounds, it was more about the hike up, the mental battle, and the people I was with rather than actually reaching the summit. It turns out that the storm that hit while we were on our way up affected every peak in the area and none of the people who attempted to summit were successful. If I had the chance to climb Cotopaxi again, I would jump on it, and even if I “fail” again, I know that I will have a great time trying.

What do you most hope to learn through the fellowship experience?

I hope to learn how to truly make a long-term and equitable impact on our land. Montezuma County is built on the land of the Ute people, and I want to learn how to find justice for the land, the people whose ancestors have long called it home, and the people who live there now. In addition, I want to find a way to increase access to outdoor spaces for youth in the area. According to Richard Louv, author of The Last Child in the Woods, recreating in the outdoors is shown to have a positive benefit on the physical and mental development of the next generation. Montezuma Land Conservancy, my fellowship organization, strives to “change lives through land conservation by connecting people to place forever.” They really seem to strive to be good stewards in a manner that encourages well-being for all, and I’m excited to help cultivate that for everyone in the area.

How do you think the outdoors contributes to communities or to individuals’ quality of life?

I fully subscribe to the belief that nature can heal the mind, body, and soul. Current research shows that access to green space can predict everything from rates of violence to quality of life to age of death. However, access is not equal across the socioeconomic spectrum. If you look at satellite data from low-income versus high-income areas, you can see the green space disparities. So, it is unequivocally important to conserve outdoor spaces, increase access via recreation, and preserve the quality of these spaces for all future generations.

What are some of your favorite things to do outside?

I love spending as much time as I can in the outdoors. In fact, that is why I originally moved to Southwest Colorado. It is such a special place because there is access to red desert sandstone, the gorgeous San Juan mountains, and the Dolores River. In this spot, I can get to world class climbing, biking, and skiing destinations, all within two hours!!

Got a life dream to share or maybe a strong personal passion?

This was a really tricky question to answer! I wouldn’t say I have a dream at this point in my life because I try to go where life takes me and make the most of any opportunity that comes my way. If I were to spitball some passions, the first that come to mind are adventure seeking, learning, understanding what drives people, physical and mental challenges, and justice. However, these are more values than passions I suppose. My ideal life would be utilizing my skills in a way that benefits the most people, while also being able to spend as much time as I can outdoors with friends and having the flexibility to balance both.