DENVER — Great Outdoors Colorado named its first six pilot communities for its new $25 million Inspire Initiative to get kids off the couch and out the door from the backyard to the backcountry. 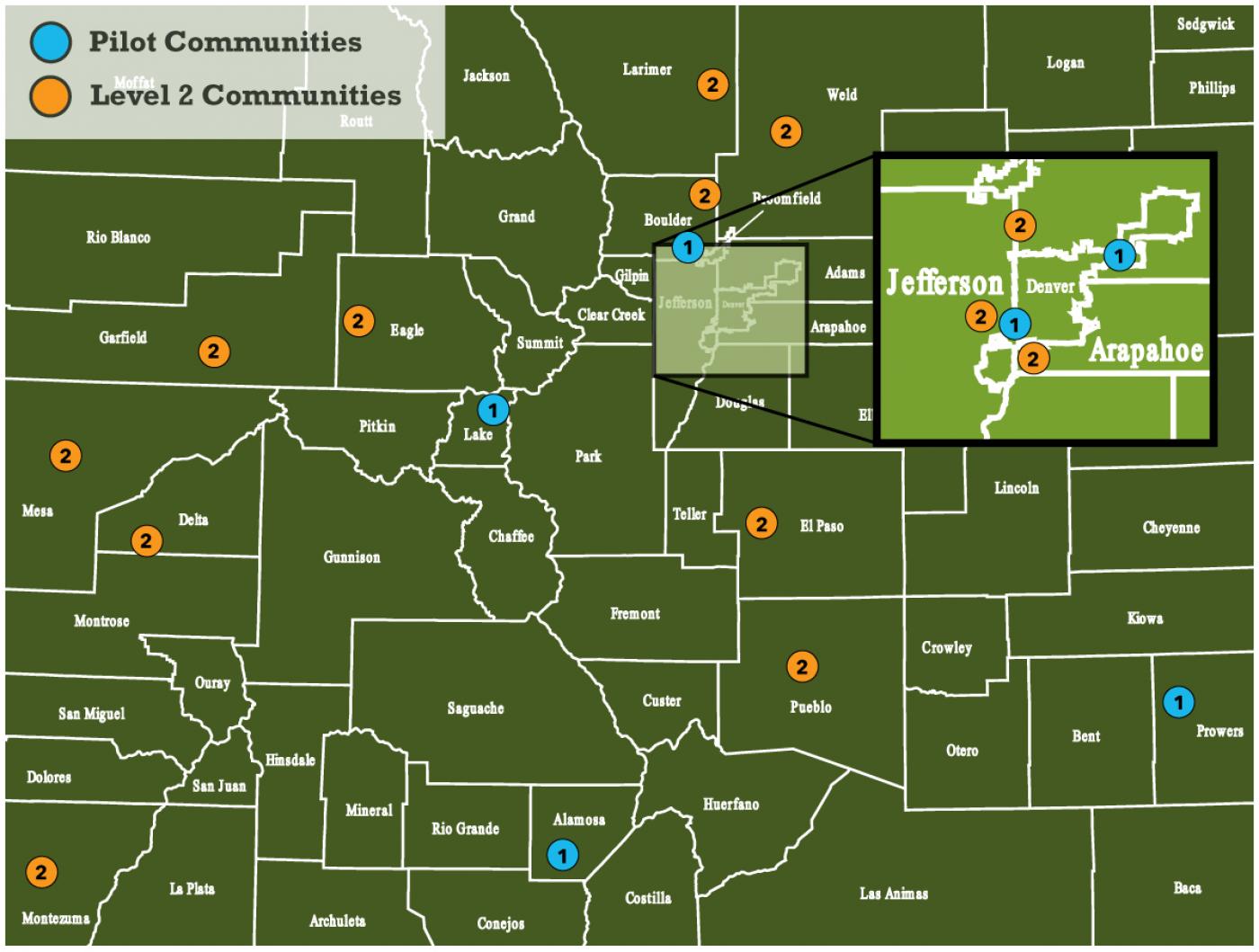 The pilots, selected from more than 30 applications, received up to $100,000 in planning grants to further refine their projects and develop specific plans and programs. They will return in a year to seek between $1 million to $5 million in grants to implement their plans to create or expand nearby parks and nature, improve access to existing outdoor parks or trails, and bolster youth programs.

“The overwhelming response reflects the chorus of concern we heard across the state about today’s youth and a growing disconnect with the outdoors and nature,” said Lise Aangeenbrug, GOCO executive director. “We are funding and empowering local communities to design models that work in their neighborhoods.  We know from numerous studies that time outside can lead to reduced stress, increased academic performance, and improved mental and physical health.  Every child deserves the chance to connect with the outdoors and nature.”

The pilot communities are:

Denver’s Westwood Neighborhood. Denver Parks and Recreation and the Westwood Unidos coalition will work together on a plan for one of Denver’s most impoverished neighborhoods. The plan will focus on how to include safer trails, upgraded outdoor areas and the possibility of a “My Outdoor Colorado” youth programming curriculum. “My Outdoor Colorado” is an idea to build upon the “MY Denver” program that offers free access to Denver Parks and Recreation facilities and services.

Rocky Mountain Arsenal National Wildlife Refuge (Including portions of Commerce City, Aurora and Denver).  The Northeast Metro Coalition’s plan will serve communities surrounding the refuge and will include increasing access to and opportunities at the refuge.  Many physical barriers like highways and railroad tracks separate the refuge from those neighborhoods, which have high poverty rates and face transportation and language barriers.  The coalition will also provide programs that will encourage local youth and families to get outdoors more often. Watch the coalition’s youth assignment responses here.

Lafayette.  The Jovenes de la Naturaleza/Nature Kids Lafayette coalition will focus on a square mile area around the city’s core, which has three elementary schools and the highest poverty rate in the Boulder Valley School District. Their vision includes an “emerald necklace” network of trails and parks so that all of the city’s lowest-income youth will be within a safe, 10-minute walk of green space and have safe foot and bike access to all of the city’s park areas.

Lake County. The Lake County Youth Master Plan will harness current momentum in the county to inspire one of the state’s most underserved communities. Lake County has already made significant progress in improving its outdoor infrastructure, but needs help increasing the reach of its existing programming and creating safe access for all to parks and trails.  The planning will include a focus on helping the county engage its significant Hispanic population.

Lamar. The City of Lamar is partnering with 20 organizations to establish Lamar as a community deeply connected to public health and the outdoors. Lamar has already been designated as one of the Colorado Health Foundation’s Healthy Places communities, and the city proposes to leverage that success to change youth’s perception that outdoor recreation is simply not a reality for them.

Fourteen applicants were named Tier 2 communities, which also received up to $75,000 in planning grants each but will not submit proposals for implementation funding until 2017.

Those communities, listed in alphabetical order, are:

These grants will support Governor John Hickenlooper's Colorado the Beautiful initiative by identifying and filling critical gaps in connectivity for trails and outdoor spaces, creating improved access for every Coloradan to get outside.

Great Outdoors Colorado (GOCO) invests a portion of Colorado Lottery proceeds to help preserve and enhance the state’s parks, trails, wildlife, rivers and open spaces. GOCO’s independent board awards competitive grants to local governments and land trusts, and makes investments through Colorado Parks and Wildlife. Created when voters approved a Constitutional Amendment in 1992, GOCO has since funded more than 4,500 projects in urban and rural areas in all 64 counties without any tax dollar support. Visit goco.org for more information.

For more information on the Inspire Initiative, visit goco.org/inspire.