Where Do You GOCO - December 2020 closed projects 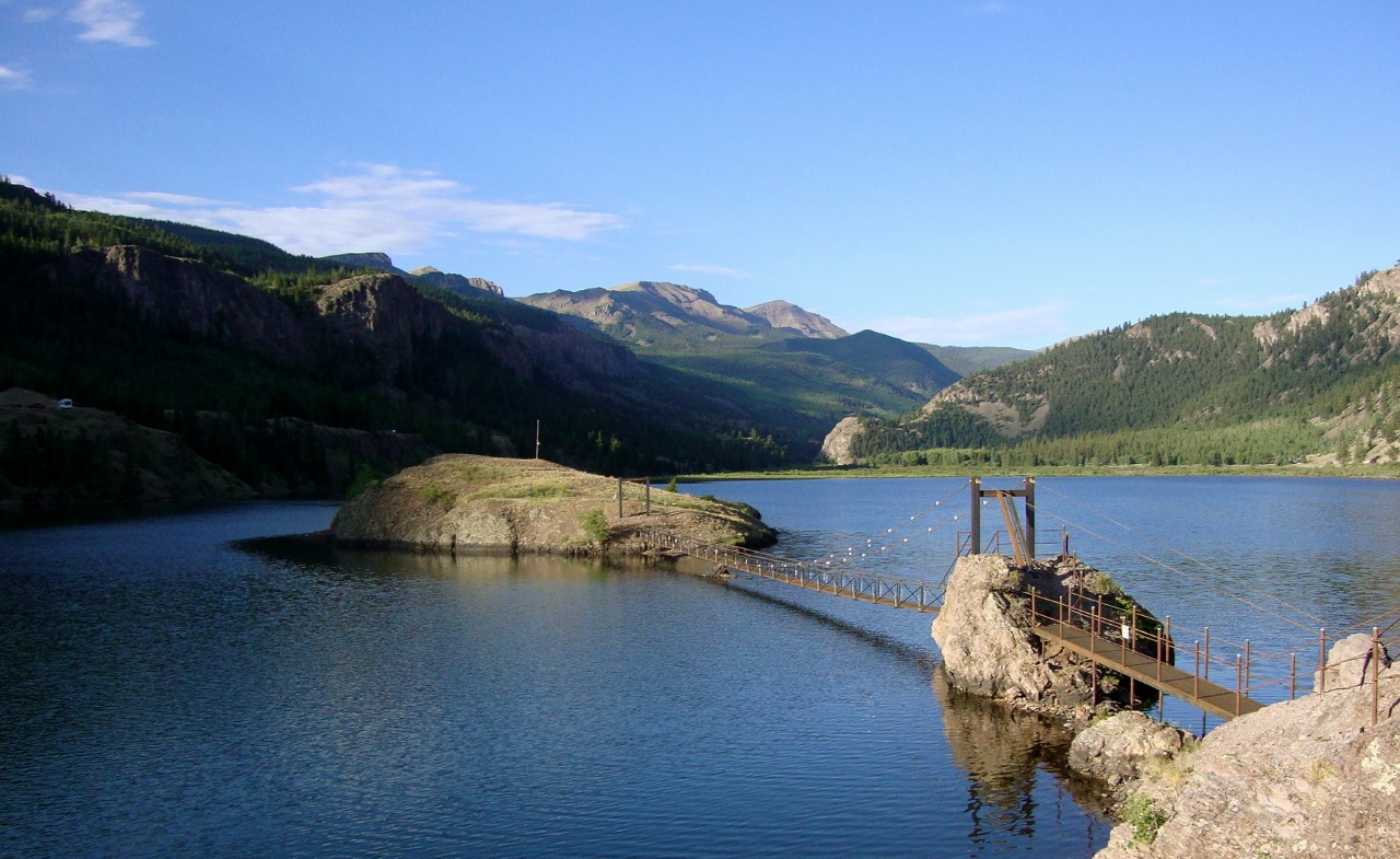 There’s a lot of fanfare around grant awards, but what happens after the ceremonial checks are presented and the reporters have published their articles? Our partners get down to business.

For 28 years, GOCO has improved Colorado’s great outdoors with the help of Colorado Lottery proceeds. We’ve put more than $1.3 billion in proceeds back into 5,300 projects to improve the lives of Coloradans across the state.

After projects are awarded funding, grant recipients have about two years to make their projects happen.

In December, 11 projects closed, representing more than $4 million in GOCO investments into local communities across the state. Scroll to see if one’s near you:

The City of Alamosa used its GOCO funding to hire Southwest Conservation Corps (SCC) crews to construct new trails and improve existing trails at Alamosa Riparian Park, at Alamosa City Ranch, and on the city’s south side. Alamosa has expanded its trail network in recent years, creating an ongoing need for care and maintenance. Opened to the public in September 2019, Alamosa Riparian Park is a 203-acre open space located along the Rio Grande just northwest of Alamosa. SCC crews worked to improve and reroute trails located along an eroding part of the stream bank and replanted willows and cottonwood saplings along the river to help reestablish bird and fish habitat. As a second part of the project, SCC crews improved the Rio Inspire Trails by clearing corridors, engaging in tread work, and constructing a footbridge to help protect the trails from future flood damage. Read a GOCO Impact Story about Alamosa Riparian Park >>

Colorado Cattlemen’s Agricultural Land Trust used its GOCO Open Space funds to acquire a conservation easement on four parcels of E Bar Ranch. The 5,364-acre property, which is located in Elbert County, is comprised of native grasslands and wetland corridors. Colorado has lost approximately 50 percent of its native prairie grasslands due to development, and it is a priority for many conservation groups to protect what remains of this landscape. Several miles of Middle Bijou Creek, Wilson Creek, and Cattle Gulch run through the property, which serve as tributaries to the South Platte River and are essential to the overall watershed. The wetland areas provide important habitat for migratory birds and other wildlife, while also sustaining the livestock raised on the property. The project builds on a growing effort towards landscape-level conservation in the area, protecting its unique agricultural heritage, wildlife habitat, and ecological features forever. Read a press release about E Bar Ranch’s conservation >>

With its GOCO grant, the City of Loveland hired crews from Larimer County Conservation Corps (LCCC) to treat and remove invasive Russian olive, Siberian elm, and tamarisk along the 140-acre East Big Thompson River corridor. LCCC chainsaw crews worked to cut the invasive trees to ground level and treat the area with herbicide to prevent re-growth. The corps’ work has helped improve wetland habitat along the river corridor and provided optimal conditions for native trees, shrubs, and underlying vegetation to recover. Learn more about the Big Thompson Watershed and its recreation amenities >>

The Town of Elizabeth received a GOCO grant to design and construct the town’s first regional trail network. Funds were used to build 1.5 miles of trail that connects four schools, six parks, the town library, and a community garden. The 10-foot-wide trail system also includes directional, interpretive, and educational signs as well as an equestrian path. The Town hopes that the new trail system will offer residents and visitors better connectivity to the area’s amenities and encourage its youth to spend more time outdoors. Check out the full scope of the project >>

The Trust for Public Land (TPL), in partnership with Hinsdale County, used GOCO funds to acquire a 10.3-acre peninsula property on Lake San Cristobal. The property, which has now been opened to the public, offers recreationalists views of the lake and nearby headwaters and serves as a key access point for year-round activities. Due to surrounding private lands and the area’s steep topography, the shoreline had remained largely inaccessible to residents and visitors. By placing the property into public ownership, the County has helped to alleviate the bottlenecking and congestion that was common on the peninsula and now provides access to additional County-owned land. Learn more about Lake San Cristobal >>

The Town of Marble used its GOCO Resilient Communities grant to expand Mill Site Park and improve access for residents and visitors. The 25-acre historic park has seen an uptick in visitation since the COVID-19 pandemic began, stressing the Town’s existing infrastructure and ability to host tourists safely. GOCO funds were used to purchase a 2.57-acre adjacent property, which will be developed as an extension of the park. The Town hopes the additional acreage will help alleviate crowding, provide better access to the river, create an additional park entrance, and protect historic structures. Read more about Marble Millsite and its unique history >>

With the help of GOCO funding, the Town of Brookside hired Mile High Youth Corps crews to assist with clearing debris from a previous flood, which included tree trunks, branches, and other vegetation. The debris had prevented the mowing of certain areas and posed a potential fire threat. Corps members also helped rebuild and seal the perimeter fence, rebuild the pedestrian bridge and park benches, repaint the property’s shed and vault restroom, and perform trail restoration work. Explore Spring Creek Park and its recreational offerings >>

Pitkin County used its GOCO Open Space grant to permanently conserve 1,240 acres of Sunfire Ranch, the largest ranch that remained unprotected in the Crystal Valley. Characterized by forests, juniper pinyon, and agricultural land, the property had been owned by the Sewell Family since 1880. Conserving the ranch fills in a critical missing link between private lands and vast tracts of Bureau of Land Management and U.S. Forest Service lands that collectively comprise the 221,000-acre Thompson Divide. Additionally, the conservation easement will protect the ranch’s wildlife habitat, sustain local agricultural and environmental education efforts, preserve scenic views, and protect one mile of Thompson Creek. Learn more about Sunfire Ranch >>

With the help of GOCO Special Opportunity Open Space funds, Larimer County acquired a conservation easement on the 884-acre West Red Mountain/Little Ponderosa Ranch. The property’s acquisition is part of Larimer County and the City of Fort Collins’ Laramie Foothills Mountains to Plains 2020 Expansion Project, which will conserve 2,893 acres of land. Conserving the property has eliminated inholdings, conserved migration corridors between shortgrass prairie and foothills shrubland, and protected the area’s viewshed. The conservation easement will also eliminate the development of an access road through Red Mountain. In addition to this grant, GOCO has contributed $11.6 million through its Legacy Program to the original Laramie Foothills Mountains-to-Plains project, an investment that conserved 55,400 acres of land through a collaborative partnership with the City, County, The Nature Conservancy, and Legacy Land Trust. Check out a full press release on the Laramie Foothills Mountains to Plains 2020 Expansion Project >>